The Selfish Gene. A Review.

A short introduction, an interpretation, to The Selfish Gene by Richard Dawkins.

A copy is more important than the original and mistakes are necessary to develop.

Dawkins’ theory of evolution of life can give us a solution for some of the questions that we find troublesome.  More often in our existences we lose our head discussing about being selfish or altruist, maybe arguing with our partners, without knowing that we are only improving the sexual performance of our companion (p. 5). However, we yearn for originality and we are afraid to make mistakes but this, according to Dawkins, is basically incorrect. Humanity is involved in a process aimed at discovering the cause of life. The theory of evolution, thanks to the implication of Darwin’s revolution, is the process which keeps looking for these elements; but which are these elements? The British biologist has a valid theory to explain the misconception that the ‘perpetuation of the species’ passes through the good for the group (p.7), when, in reality, the process is based on a selfish action of the individual. This conception clashes with the more general idea of altruism and the supposed importance of the same in the meaning of evolution, probably due to the fact that we share some knowledge with others (p.9). Nevertheless, Dawkins’ argumentation is neat: the difference between selfish and altruism is sharp, and, in a world deluded by confusion, it seems that removing fallacious ideas becomes more important day by day.  In order to solve the tangled situation, Dawkins goes straight to the point: there is no evolution occurring at group level (p.11). The unit of selection, evolution and heredity is the gene.

Dawkins investigation starts with the consideration that universe is like a stable soup and it is from this stability that everything has an origin (p.12-13). However, starting from a chemical soup as prerequisite of the origin of life, stability is suddenly broken by accidents, frames of life. During these events, for instance, some molecules replicate themselves and create a replicator. These replicators, copies of the original, continue their process as a progressive staking up, layer upon layer (p.15). The most important characteristic of these elements is the lack of perfection occurring in the moment of reproduction itself. In other words, mistakes happen, and the most interesting reaction is that they are cumulative, and from that point, in the course of evolution, mistakes and originals are competitors, both playing an active role in the struggle for life. Stability, in other words, is the result of a competition won by replicators more skillful to build survival machines (p.19) in which to live and keep replicating. So, every replicator, which is the basis of every life, finds a position in its survival machine which is nothing else then an evolved being. Hence, the genes, the basic form of our replicators, created a technological machine, cumulative of their elaborate skills: the human body.

Anyhow, surprises are not yet finished. Dawkins’ argumentation shows renovated energy in the description of the cultural transmission: if the genes are replicators of life, some units of imitation, called memes, are the “new” replicators of culture, knowledge. These further step becomes necessary because the explanation of the notion of human civilization must modify the path form the biological point of view to a new artificial one (p.192). There is a radical change of soup: from the chemical one, to the one of human culture, as to say, from the biological one to the technical one. Therefore, the puzzle is complete: genes and memes are constitutive expressions of human life.

There are two soups, a pool of genes and a pool of memes. As for the first one, the competition between genes is regulated by a sexual reproduction; as for the second one, the competition is controlled by transmission (p.196). Nevertheless, each kind of experience must be connected with the argument of evolution; hence, it becomes crucial to analyze how memory, cultural or genetic, supports the pool to choose a further step of the evolution.

There‘s a great deal to like about this book. Dawkins merit is evident. The author brought the discussion about evolution to a more advance level. Using the general notion of Darwin’s theory and its values, he elucidates a modern vision of transmission through genes and memes. These elements, different forms of the same concepts, the replicators, represent our whole heritage. Evolution is something that happens, willy-nilly, in spite of all the efforts of the replicators (p.18). However, the process seems nowadays to become more important and Dawkins’ theories with his intriguing style made by examples, interesting stories and provocations, are the perfect combination to give a solution to some of the questions that the man pays to himself during the path of the struggles for life. However, once we grasped this thorny position, we move to another uncomfortable state: feeling altruistic and recommend the reading to our competitors or feeling selfish and keep the secret. 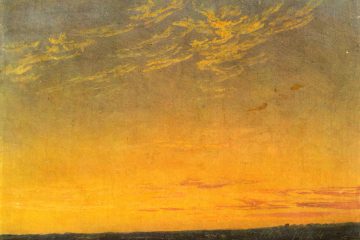 The Great Book of Mankind

Review of Sapiens - A brief history of humankind, by Yuval Noah Harari. A must read for those who believe that history is a tool to understand the present. 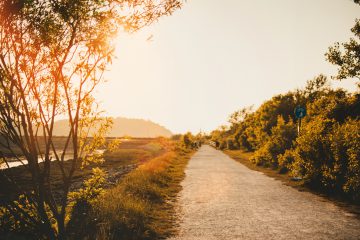 Call Me by Your Name – A twisting Review

Call me by your name. What a wonderful and simple idea. We all read many positive reviews. And we all liked this wonderful love story, but...

Every morning, step by step, we walk towards our useless existences. Every morning we walk without knowing that we are walking dreams.

We use cookies to ensure that we give you the best experience on our website. If you continue to use this site we will assume that you are happy with it.OkPrivacy policy